Share All sharing options for: Student loans trap parents, too 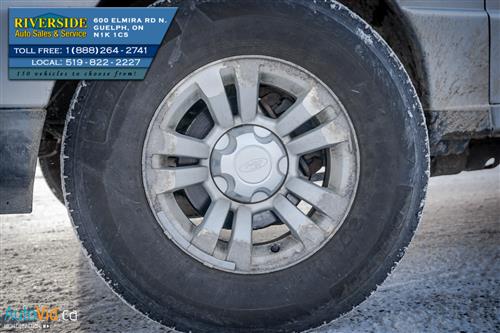 Jennifer DePaul’s parents took out a life insurance on their 27-year-old daughter because they fear being stuck with her student loan payments. Courtesy of Jennifer DePaul

WASHINGTON -Signing a death-benefit policy was the last thing Jennifer DePaul wanted to do on Christmas morning. But there it was. When she went home to New Hampshire for the holidays, her parents had the life insurance papers ready. DePaul’s parents had co-signed on the student loans that paid for her undergrad schooling and master’s degree in international journalism at Cardiff University in Wales. They felt the need to protect themselves if the worst – her death – should happen.

“It was pretty awful, pretty dark, I guess,” said DePaul, a tax reporter for the Bond Buyer’s Washington, D.C., bureau. “A really eerie thought to think about.”

Such scenes are becoming more common. The Financial Times reports an increasing number of parents taking out life insurance policies on children indebted by student loans. About 2.2 million Americans who are 60 and older have co-signed private student loans for their children and will be responsible for that debt if their children can’t pay. The DePauls are luckier than many of those parents, though. Jennifer DePaul’s journalism salary stretches to cover her $700-a-month student loan payment, though just barely.

Borrowers who are age 60 or older are the fastest-growing age group for student debt, according to the Federal Reserve Bank of New York. Their numbers have tripled since 2005, and 12.5 percent of their student loans are delinquent. For these borrowers, retirement can mean fielding creditors’ insistent phone calls while living on a fixed income that won’t ever cover the bills. It can mean having Social Security payments garnished to service student loan debt.

Federal Reserve data show that median family net worth , but tuition soared during those years. At the same time, having a college education became ever more essential for young Americans. Meanwhile, promises of big salaries post-college grew rosier and rosier – at least until the 2008 recession.

Then and now, colleges lure students with easy-to-get federal and private loans. The disastrous results for students who don’t finish or don’t find high-paying jobs are well known – student loan debt in the U.S. adds up to more than $1 trillion, and recently surpassed credit card debt.

The fact that many parents end up in the college debt sinkhole isn’t talked about as much, but parents do end up there. It’s usually because they co-signed private student loans their kids can’t pay, or because they over-borrowed through the federal Parent PLUS loan program, which allows parent to borrow up to the full cost of a child’s education. The low-interest loans are not based on need, and require only that the parent have no adverse credit history.

Education loans – whether to students or parents – can’t be discharged through bankruptcy except in the most extreme circumstances. There are few recourses for parents who get in too deep. That’s especially true for retirees living on fixed incomes because there is less chance they can increase their income to cover a too-high payment.

A November New York Times article told of parents living with their now-prosperous children because the parents can’t make the payments on education loans for their children. Parents distraught from hounding by student loan creditors have even resorted to suicide, the story said.

Those are the outliers, the worst cases. The average amount of debt per student is $26,500, and the National Association for Student Financial Aid Administrators (NASFAA) deems that amount “manageable.” Nonetheless, a 2013 report from the financial aid administrators group called for the federal government to tighten requirements for its Parent PLUS loan program online payday loans Oregon.